Augmenting the Brain - The Business and Consumer Implications of New Technologies 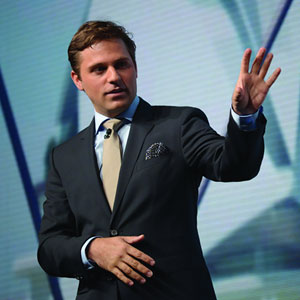 There are a huge number of technical know-how management solutions, ranging from databases, to social media platforms and tools based on artificial intelligence. Which technologies promise the highest possible benefit? Experience gained within companies in the past years indicates a new generation of technology.

When it comes to implementing know-management concepts, its respective decision-makers feel pressured. In some industries, demographic change has led to an employee average age of over 50. In these companies, a large proportion of the workforce will be retired in 15 years. This is where one is faced with the question of “how to compensate for this age-related migration of knowledge”. Companies have acknowledged their employees’ “intellectual capital” since some time now and have started looking for IT-based solutions, but only with very limited success. A critical review shows that many management systems fail as they do not suit the corporate culture. With all these reasons in mind, it becomes even more important to know which kind of technologies provide added value to which kind of corporations.

Knowledge is knowing where to find it

The large potential of knowledge as a resource has been increasingly recognized since the beginning of the 1980’s. People began to investigate and create theories on how to make use of knowledge in the most efficient way. As the simple process of information-saving was not a technical issue anymore, numerous approaches to save and represent corporate know-how in electronic form were applied. Thus, corporations started to set up and maintain simple internal databases. The aim was to provide each employee with the entire knowledge of the company by means of a shared platform. The underlying assumption was that it was not necessary to know the answer to every question, at any time. It was enough to look into the database – true to the motto: Knowledge is to know where to find it or where it is transcribed.

It soon became apparent that this approach failed to live up to its expectations. As knowledge had to be entered into the database actively in order to be found by employees, the method calls itself into question. Effort and maintenance were inefficient, as required time and manpower costs to keep knowledge traceable and up to date posed a large hurdle to even start to build up such databases.

This resulted in countless abandoned databases which were no longer used by employees. As of now, many corporations have their own Wikis, custom built excel sheets and hand-wired databases as a relic of those early days of know-how management.

In 2012 for example, the German “Federal Association for Information Technology, Telecommunications and New Media”, published a survey in which they claimed that half of all companies in Germany use social media. Another 15 percent have concrete plans to use social media in the short term. However, technologies such as Facebook, Xing and Google+ are mainly used to represent the public image, which is why the majority of the potential remains untouched.

A new generation of knowledge management systems inspired by established social media platforms such as Facebook et al relies on the direct exchange between employees. This type of software is web-based and aims to support the exchange of information and the build-up of relationships. While doing so, the aspect of cultural interaction and social togetherness is paramount. Unlike other attempts, such new generation platforms facilitate the information flow of information and ideas and do not to try to artificially channel communication.

As opposed to classical database technology, the focus of corporate social software is not as much based on the constant availability of individual information, but more on the structure formed by employee networking and the flow of knowledge. With a complete network of all individual employees, the collective know-how of a team or the whole company is made accessible.

Gathering knowledge and therefore making it possible not only to access it but also to participate is a smart idea. However, it often fails due to a company’s culture, especially if this is based on strong hierarchies and internal competitive thinking. In line with the proverb “knowledge is power”, people stockpiling know-how which is relevant for a certain project can use this to position their own know-how lead within the team. In doing so, even delays within important projects or poor results are accepted. For this reason, employees are often not willing to share their know-how. They are afraid to lose their exclusive position by revealing what they know. Furthermore, in regard to social software, content such as questions and problems written by employees are often openly and permanently available. Thus, by asking a question or describing an individual problem, employees manifest their knowledge gap in front of all colleagues, which could lead to others doubting their competencies.

This demonstrates how specific situations in a company do hamper the successful and open exchange of know-how and thoughts. This is why classical Corporate Social Software is not a successful nor efficient way to leverage knowledge or the flow of ideas. Its great strengths is its greatest weakness: The biological component „homo sapiens“, whose tendency is to keep a monopoly of knowledge would on the other hand be willing to share if it would come with a greater benefit. 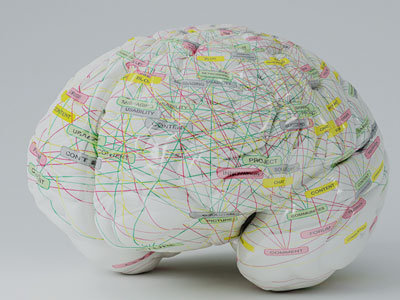 “Google” for the brain: self-learning company memory based on Brain Technology

With growing size and in particular with international focus, it becomes a central challenge for companies to reduce knowledge silos and make existing knowledge available for every single employee. It is important however that the above mentioned disadvantages do not influence company-internal projects. Novel approaches do not focus on replicating what is in the brains of employees yet to chart out which employees have which know-how. If then the incentives are set right, the right type of question can trigger very interesting responses either written down or communicated in person to the question poser.

So called “Brain Technology” allows to simply enter a question to a seamless interface and then the question automatically finds the right expert. Furthermore in an anonymous manner and with autonomous quality control based on peer ratings.

With conventional "Enterprise Social Networks“ or knowledge management systems, knowledge initially has to be collected and a lot of effort is put into creating a database. This is not required when self-learning systems come into play. Using self-learning technology based on recent insights in neuroscience, the most suitable expert in a company is automatically identified for every question. Systems which are based on Brain Technology use an interdisciplinary approach which combines insights from Neuroscience and latest network technology. The learning process is based on every interaction – questions asked, questions viewed, solutions, comments, forwards etc. – which provide information about users and their areas of interest and know-how. This is made possible by an algorithm which analyses question content and user activity and automatically maps the knowledge of an entire company. Hidden know-how is made accessible as user skill maps are autonomously generated. As a result a corporate memory is created which autonomously develops, grows and also forgets. In short, these kinds of applications are able to automatically identify company-internal knowledge holders and thus, make sharing know-how within a company easy and fast. This increases efficiency in everyday working processes and significantly increases productivity. Time-consuming research and searching for the right contact person within the company can be avoided by working with intelligent know-how network. Also, problems which have been solved before do not have to be solved again while question posers remain anonymous at all times.

Knowing means knowing who to ask

Artificial intelligence, self-learning network and Brain Technology – these are the components of successful know-how management of the 21st century. Working with the latest technology does not only allow companies to leverage the individual know-how of their employees, “Google for the Brain” is the key word for a completely new product generation. Companies get access to a central know-how database supplied by human ingenuity. A new generation of technology can show which knowledge and expert areas employees have, even if these lie outside their professional responsibilities. This insight can be used to staff project groups in an easy and successful way. “Knowing who to ask” is the motto of know-how management systems of the future.

Open Sources, Open Doors or How to Innovate in a Competitive Cloud...

From Patrol Officer to Technology Lead: Steps That Enable Officers to...

Inventing the Future with Continuous Foresight

Industry 4.0: From Preventive to Predictive Maintenance